We all know that as adults, we are a product of many things including the impactful influence of our family of origin. As we grow and learn more about what makes us tick, many of us strive to detangle from dysfunctional family patterns to create a more conscious, empowered life. That’s been the crux of my work over the last 15 years and I call it, “conscious soul evolution.”

How I discovered FC work: In 2017, I had a number of my regular clients who were experiencing one of two things: 1) being stuck and/or 2) feeling regret or resentment over the past. If you’ve read my articles over the years, you will know that I have a number of tools to help with this: past life healing, Radical Forgiveness coaching, Brain Tek to rewire the brain’s neurological patterns, HeartMath coaching to de-stress and experience calm and better decision-making. So when all of these tools combined, were not facilitating the type of change I’m used to seeing in my clients, I interpreted this as the time to expand my work.

As it always happens, I had three different people mention a modality that I wasn’t familiar with: Family Constellation (FC) work.  Like Radical Forgiveness, it’s not therapy. It’s a self-help process whereby a facilitator, on in this case, a “Constellator”  guides a client to his/her own awareness about a new perspective relating to a current life issue.  With this synchronistic confirmation, I dove into Family Constellation work for myself first, to get an inside experience for what it’s all about.

The Family Soul: Much to my surprise and delight, FC encompasses a bigger, more comprehensive perspective than all my other systems training provided.  In FC work, we take into consideration what can be called the “Family Soul”. And the family soul operates with what FC founder Bert Hellinger calls the Laws of Love.

According to Hellinger, the first law of love is Belonging. Simply put, all members of a family soul belong. Sounds simple right? But in actuality, what most of us have experienced on some level, is one or more members of a family (and maybe even ourselves) have been excluded. This exclusion can take make forms: being labeled a “black sheep”, disinheritance, a purposeful cut-off from a problematic family member, an untimely death, a disconnect from one or both parents in early childhood, an adoption and even a miscarriage.

First of all, it’s important to keep in mind that this all occurs on the unconscious level. No one assigns a family member this role but it happens in order to maintain equilibrium in the family system.  Secondly, it’s important to know that relationships with family members (included and excluded), continue to develop even after death! Thirdly, the family soul encompasses a lot more than just blood relatives. It consists of people we bring in through marriage or other significant long-term roles. It includes the ex-partners of our current partners, and it includes generations of our ancestors, even ones we didn’t know. The family soul also includes individuals that have been harmed by our ancestors by acts of violence, theft of a fortune or other significant events that change the destiny of someone else.

Before I had wrapped my mind around all of these concepts, I had my first family constellation process facilitated by an experienced Constellator who has been involved with FC for many years. I’ll give you a personal example of what I experienced.

As we went through the FC process, I was asked a simple question: Did anyone in your family or your parents’ families die early or out of order? My first response was, “No, I don’t think so”. My mother passed way at age 67 but this was not considered early or out of order (like a child dying before the parents.) Then my coach asked me to breathe and go deeper.  Suddenly,  I remembered that my dad’s older brother, the fourth of 4 boys, had died in in 1930 at age 5 from a head injury after falling out of a tree. Five years later, in 1935, my father was born as the “replacement son”. My dad was Son number 5. He was, according to my grandmother, the  son who was never supposed to leave home.  I still remember how my grandmother criticized my mom in front of all of us, for taking her youngest son away from her home. After all, my Grandmother would say, “I didn’t have him at age 40 for him to leave me!!”

To make matters even more interesting, my youngest son is my 5th child. Just like my dad was the 5th son in his family. In FC, I have five children, not four, because we have to count miscarriages.  My first three children’s births were followed by a miscarriage. And Thomas was my fifth pregnancy and fourth live birth.

Sometimes we have good reasons for no longer staying in touch with a family member. Addiction, aggression, abuse, etc.  But the problem comes in when we also decide to exclude them from our hearts and to feel disregard for them. I had blamed my dad, even though I had forgiven him, and thereby excluded him from my heart and excluded him from my family soul. And remember? If someone is excluded, a person in a future generation will unconsciously align with the excluded one to carry out their fate.

It’s been about 6 months and he has made an amazing recovery! My son is now heading to college in the fall, he has his drivers license, and he has a social life again. That’s enough evidence for me that FC is working.

These are just a few of the experiences I’ve had myself or witnessed in others through this amazing process. FC takes consciousness to another level. It untangles us from repeating the fate of past generations and shows us how to include all of our  family members in our hearts.

Don't miss out on Ronna's Newsletter with useful tools and updates for your wellbeing. If you request the Newsletter, Ronna also has a wonderful free gift for you.

Sacred Journey of the Heart

Ronna Prince is the writer and producer of the award winning film, “Sacred Journey of the Heart.”

A change of heart changes everything. Watch the trailer, then watch the film> 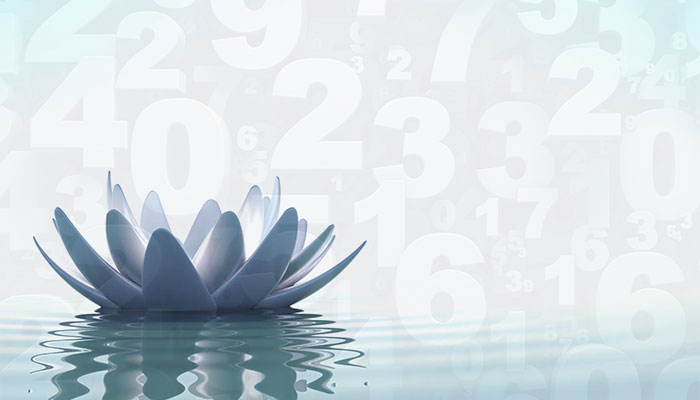 The Soul Codes spiritual healing assessment session is one of the best ways to be introduced to Ronna’s unique brand of intuitive, spiritual coaching and healing.

This is a 2 hour participatory Family Constellations workshop. Learn to see the Unseen, and uncover and heal inherited stress, trauma and epigenetic anxiety, and other symptoms. Only $19.99

If you’re just beginning to learn with Ronna, be sure to schedule your FREE 15-minute evaluation session with Ronna to discover your best path to healing and fulfillment.

Soul Codes is Ronna’s signature session and the best way to be introduced to her unique brand of intuitive, spiritual healing and coaching. Most clients begin with this session.

Which Service for You?

Ronna offers unique, practical tools for transformation with proven results. Discover what is holding you back from experiencing a more fulfilling and meaningful life.